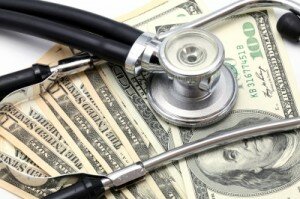 The New York Times recently reported a growing trend among New York Hospitals going “naked” or “bare,” which is the industry term for operating without malpractice insurance.  Many hospitals in our state, particularly downstate, have followed this trend due to the soaring cost of the insurance, or – in the worst cases – a complete absence of carriers willing to provide coverage at any rate.  There are also many hospitals which are “partially self-insured,” but not fully covered for malpractice cases.  These institutions are forced to make the choice of keeping the lights on and medical staff paid or paying the unsustainable insurance costs.

New York courts, and Bronx courts in particular, are infamously known for plaintiff-friendly practices and egregious awards.  A recent example of this is the case in which a Bronx jury awarded a New York woman $120 million from three different NYC Hospitals - $105 million of which was for non-economic damages, often referred to as “pain and suffering.”

The article refers to insurance executives who note that in general these “naked” hospitals are in areas where juries award big judgments.  Edward J. Amsler, vice president of Medical Liability Mutual Insurance Company was quoted, “this is a very litigious state, high severity and high frequency.”

For years, the medical profession has warned of the growing impact of lawsuits on health care delivery. In 2002, the American Medical Association categorized New York as a “crisis state”, a distinction we have held for a decade. Now ten years later, as doctors continue to flee the state and health care costs surge, little has changed. The pressures of litigation have tipped the scales, and now threaten to close hospitals and cut vital services.

But the crisis is fixable. Comprehensive tort reform in Texas in 2003 increased the number of practicing doctors by almost 20%, and cut costs to health care providers dramatically. Where did the savings go? When surveyed, 58% of hospitals reported using the savings to expand patient safety programs, while 51% used the funds to expand or maintain vital services for uninsured and underinsured patients. On the national level, the Congressional Budget Office determined tort reform could save $54 billion over ten years.

There are many reforms on the state level that if enacted would alleviate some of the financial burden on New York’s hospitals, including caps on non-economic damages, fair expert witness standards, and requirements for certificates of merit.  New York needs to take these steps to heal our civil justice system before more hospitals close their doors.